This whole ‘Netflix & Chill’ thing irks me. What if I actually want to chill? Will Netflix forever be a prelude to something…else? What if I told you that there is a world of chilling that involves nothing more than your oil-free thumb, the ability to read, and a love of leotards? There is.

More girls should like comic books. They’re fun to read and sometimes beautifully inspiring to look at. I’ve always been an avid reader of mildly intimidating tomes. I kind of shrugged off comics as fuel for big budget summer blockbusters. WRONG! There is so much more to comics than superheroes. They can be sad, fantastical, empowering, or even infuriating. Just like a real book, they put you through a whole gamut of emotions.

Now about those leotards. They’re great to wear to achieve that “perfectly tucked shirt” look but what about for wearing less and staying in more? The preferred garb of superheroes the world over is the new secret weapon and comfy to boot. Whether you’re queen of your own personal snuggle palace or being a saucy vixen, they’ve got you covered. (Even Kanye couldn’t resist their cool in the new Yeezy collection. But that’s a post for another day.)

Anthropomorphic animals and magic. That is literally all you need to know. The first story arc reveals that there is a pretty extreme class war going on between those with magic and those without, even though some of the animals were blissfully unaware. Something pretty awful happens and they’re all forced to make some interesting decisions about their lives, the potential death of magic, and a mythical warrior who could save them all. Come for the beautiful artwork and stay for the story. This comic will snatch you up.

I’m not sure how to give you hints about this one without giving away the whole bag. Rowan Black is a detective…and a witch. She might be in trouble. Things get weird almost immediately and they never slow down. The art is what really sets it apart. Instead of exploding colours everything is a washed out grey, letting you know that this is serious business. This comic goes beyond the typical police procedural fluff and combines gothic and noir for a truly engaging story. 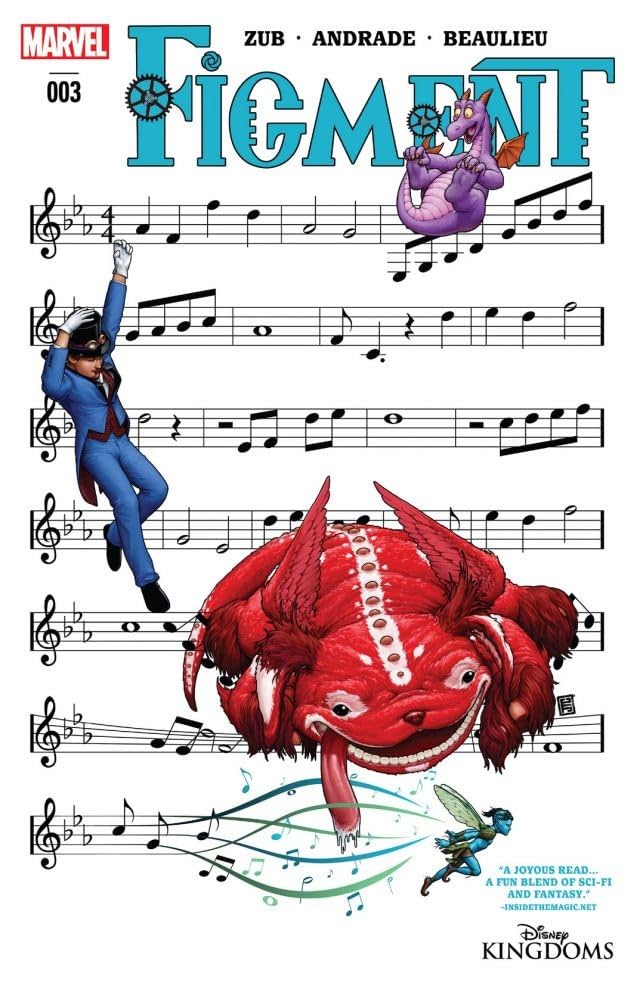 You know how you’re supposed to grow up? Don’t and read this adorable comic about the power of imagination. I featured the third cover over there because I really like that little pink critter. She reminds me of my old basset hound. A scientist accidentally brings his childhood imaginary friend into existence. Whoops. Figment is painfully cute and more than a little sassy.

Have I told you how much I looooooove Skottie Young? No? Well, I can’t really because it would involve interpretive dance and I’m safe behind a laptop. So are you for that matter. Anyway, I Hate Fairyland is epic. So epic that the variant covers involve a really fun naughty word replacing ‘hate’. Basically, have you ever wished you could go to a magical land? We all have and so did Gertrude. Fairyland might not be all it’s cracked up to be. Ol’ Gert has to find out the hard way thanks to Queen Cloudia. Well…and maybe Gert has a rather bad attitude but her life does kinda suck now.

This is my favourite comic right now. In fact it was the first comic I lost my mind over. The artwork is the most beautiful I’ve ever seen in a comic. Sana Takeda isn’t human. It’s kind of a thing to go all out on the cover but keep the inside art more simple to preserve the artist’s sanity. Monstress broke that rule in half and spit on it. Every single panel is like the cover. A small masterpiece. It’s another story where there is a war between those with magic and those without. So in that regard, it’s similar to Autumnlands. It’s quite dark and more than a little violent. So it might not be a good “before bed” option if you’re easily freaked out.

I linked to my favourite eBay store for back issues but also check out your local shop! They need love, too. Go in your leotard. Maybe wear pants.